Posted on November 28, 2010 by jonathan trustram

It began promisingly, with the boys’ own drama of demolition and diggers and a new view of St Paul’s from the east:

And giant bundles of steel swinging through the first cold air of winter, two years ago:

As the structure developed its subtle angles and reflective coloured glass seemed designed as a tribute to the cathedral: 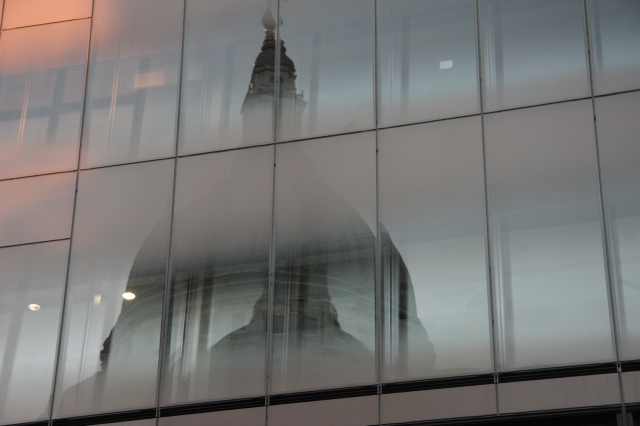 Last spring I watched glass panels catch the light as they were slowly swung into place: 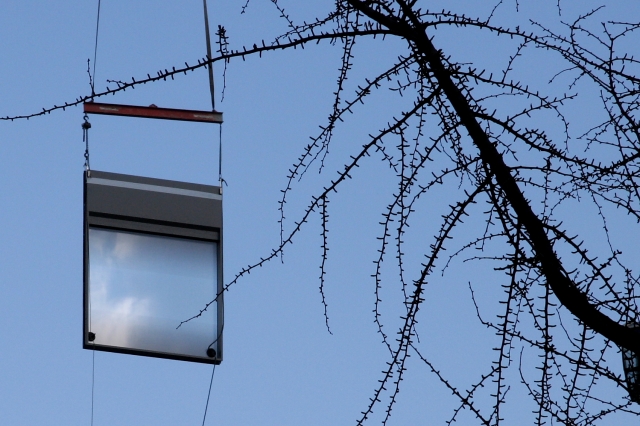 Round about this time I read an article (in the Guardian I think) by a radical architectural journalist about what a disgraceful development this was; I hardly remember what he said but it was along the lines of where are the people in all this, why another temple to commerce etc., but I thought, when I admire Conway Castle I don’t care that it was built by an English king to oppress the Welsh, and when I walk around a gothic cathedral I don’t think about heretics burned. I enjoy the metropolitan high finance spectacle of London, its energy, I even buy into that ‘world class city’ idea and almost feel excited about the Olympics. I don’t  think about the function of all these new buildings.

But then suddenly it’s november again,  a cold, wet evening rush hour and:

Blimey! All the deceptive reflections have gone. It’s a a fucking shopping centre!  Selling clothes to people who’ve already got clothes! (Although you can buy chocolate there as well.) I curse my naivety and feel like a born again radical.

Kate Moss is there with her lips parted.  She’s with a dummy. They look like gargoyles:

Some of the images have been mutilated by iconoclasts: 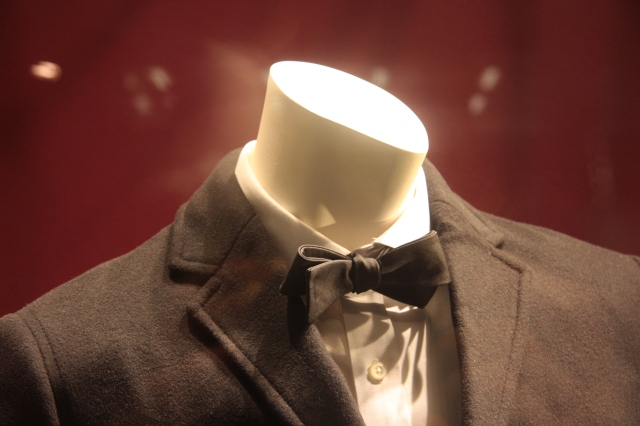 It’s doing my head in. I would like to apologise to that journalist, but I don’t know who he is. (I’m pretty sure it was a man though.)

But, like one of those horror films where the evil apparitions disappear at sunrise, a couple of weeks later on a cold, sunny morning in late november it all looked different again:

Especially if you lift your eyes up unto the heavens:

A BREATHTAKING MONUMENT TO MODERNISM EMERGES ALONGSIDE THE MOST CELEBRATED OF CATHEDRALS. A SPECTACULAR ARCHITECTURAL STATEMENT LOCATED ON A SITE LIKE NO OTHER. SETTING EXTRAORDINARY NEW STANDARDS IN DESIGN.

A rare jewel set to transform the City. With the most prestigious and desirable office space in London. Enhanced by breathtaking views, and a roof terrace offering a dramatic vantage point of St Paul’s Cathedral and the London skyline. And incorporating a retail offering of exceptional range and quality… One New Change, London.

This entry was posted in in the City, language. Bookmark the permalink.